Africa was the most civilized continent 5,000 years ago – Museveni explains how to bounce back – Face2Face Africa 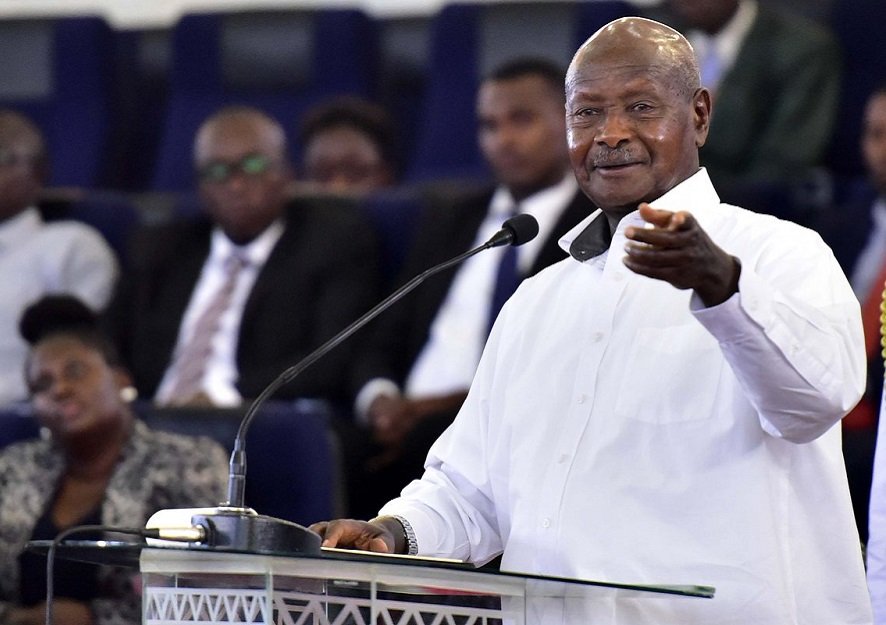 Integration is the only way African countries will reach the status of Europe, the United States, and China, said Ugandan President Yoweri Museveni Friday at a public lecture in Kenya that was nearly marred by students.

The police were forced to lob tear gas canisters at some rowdy Kenyatta University students who were shouting pro-Bobi Wine chants outside a building where Museveni was giving the lecture, reports Daily Nation.

The students had initially raised issues about being locked out of the amphitheatre where Museveni was giving his lecture at the main campus on Thika-Nairobi highway. They had even welcomed Museveni’s convoy with chants of Bobi Wine! Bobi Wine!

Bobi Wine is a legislator in Uganda and musician who has been vocal against Museveni’s administration and is seen as a growing threat by the ruling elite.

Museveni, who was in Kenya on a state visit, had to endure the chants from the students to deliver his speech on the subject of African integration, civilization and the idea of a unified continent. 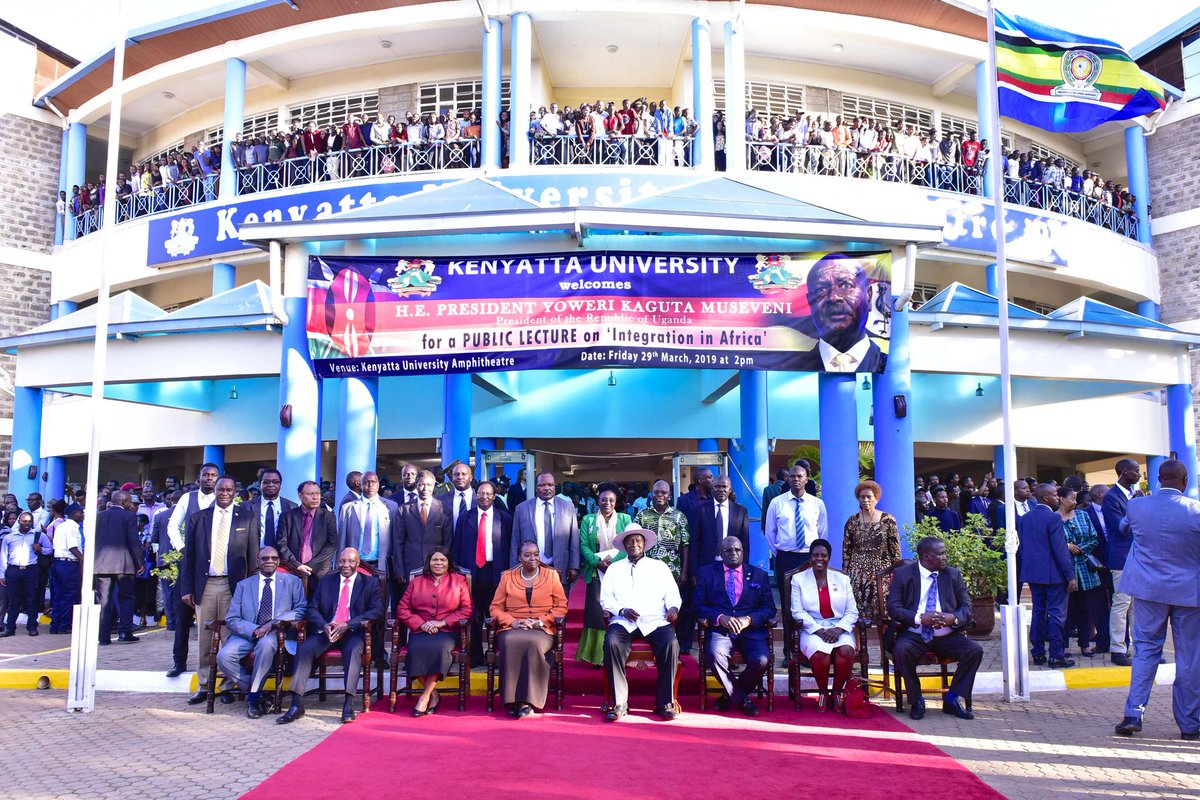 Museveni believes that even though most of the continent’s problems can be blamed on its colonial history, Africa’s leaders have to unite towards ensuring a better future.

“Africa is the pioneer of civilisation. The free labour of (African) slaves is part of the efforts that liberated Europe from poverty,” he said.

In spite of the continent’s contribution to the industrial revolution, African countries, according to Museveni, are still yet to fully develop. He attributed this to institutional failure, neocolonialism, tribalism and external intervention.

Below are excerpts of his speech:

“Africa had also played a critical role in preservation and advancement of religions. Jacob’s brothers, who became the 12 tribes of Israel, survived famine by going to Egypt. Jesus too was hidden in Egypt while Prophet Muhammad was sheltered in Ethiopia.

“But despite these early leaps, Africa in the last 600 years retarded, becoming a victim of  trade, colonialism, neo-colonialism, genocides, poverty and other ills. The question then is, how can we, who  the last and how do we stop these from re-?

“The approach to this has been five-fold. First, we had to fight colonialism and get our freedom. It is a largely complete task. This independence meant giving our people a role in choosing leaders and determining how state affairs run. Democracy therefore is the second tenet.

“The third issue is that of prosperity. In order for prosperity to occur, we had to offer a clear ideological guide on rejection of identity ahead of interests. Of what use is your tribe when they cannot purchase what you produce? You need other people to support your prosperity.

“Fourth. Prosperity occurs when you have integration. Seeing how small our markets are, we need to integrate as regions and blocs. It is why we make a case for the EAC. Besides expanding our regional markets, this also helps us when negotiating with 3rd parties like the US & China.

“Economic integration alone is not enough. We must address issues of strategic security, reason we push for political federations. The experience of prosperous but militarily weak countries like Germany, Poland, France being overrun in the world wars should teach us a lesson.

“The fifth pillar is the social fabric that unites our people. Africa has four broad language groups. The Niger-Congo, Nilo-Saharan, the Afro-Asiatic and the Khoisan. For East Africa, Kiswahili is a neutral language that we can adopt. There is a lot more to unite than divide us.”

Museveni's Full Speech In KU, Economic Integration is the answer to Many… https://t.co/PSqzi7Ja6W @nyamadon – found it. In case anyone else is interested

Meanwhile, Museveni’s lecture and the protests from students have been met with mixed reactions. Here are some of them:

Kenyatta University students displayed extreme courage which should be emulated. They chanted Bobi Wine as Museveni addressed them.. BRAVO 💪

i am still perplexed that all them young people could chant as Uganda's president Museveni gave a speech at KU,was "Bobby Wine".. Sth like #FreeStellaNyanzi or even lift a banner with " we can grow canes and produce our own sugar" would be been something,at least .. mùhahe💯