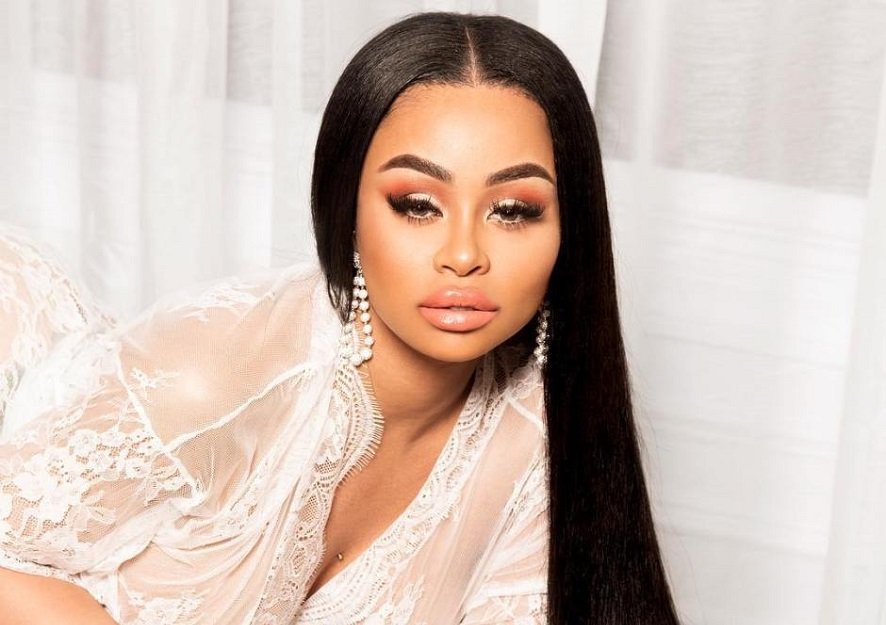 American model, entrepreneur, socialite and former stripper, Blac Chyna, is going to Nigeria on her first-ever Africa trip to roll out a new skin bleaching cream produced in partnership with Whitenicious by Dencia, a luxury skin care line owned by a controversial Cameroonian singer, Dencia.

Blac Chyna, real name, Angela Renée White, will be in Lagos on November 25 for the first official launch of the “Whitenicious X Blac Chyna Diamond Illuminating & Lightening Cream” together with Dencia at a shopping event, she announced on Instagram.

Her representatives told local American media that “she has been using Whitenicious dark spot corrector for a few years to deal with her hyperpigmentation” and the new product is for people of colour who suffer from skin issues. According to TMZ, a fancy jar goes for $250.

Cameroonian entrepreneur and singer Reprudencia Sonkey, popularly known as Dencia, has come under attack for her skin bleaching cream, Whitenicious, since its launch in 2014. Her luxury skin care products have been described as an “abomination” that teaches young girls to be ashamed of their skin. 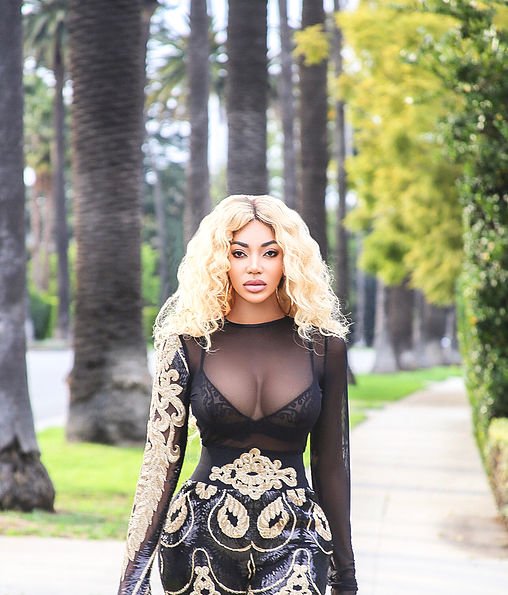 The U.S. based artist has insisted on several platforms that the cream is only for covering blemishes and hyperpigmentation, but not to shame dark-skinned women.

“Some people they don’t feel confident, they don’t feel pure, they don’t feel clean with dark spots. I said seven-day, fast acting dark spot remover. It’s called reading comprehension. If people missed that class, then it’s not my fault. If they think that their whole body is a dark spot then fine, because that’s not how I feel,” she said in a television interview.

Dencia herself has gone through several phases of skin lightening and she looks light-skinned as compared to her previous dark skin. 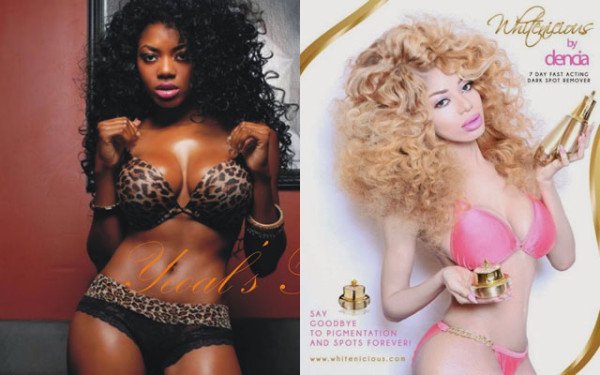 Skin bleaching is a major problem in Africa and diaspora communities across the world. Many women and men go through the risk of lightening their skins to be regarded as “desirable and beautiful”.

Many skin-bleaching creams include mercury, cortisone and hydroquinone; chemicals that are linked to skin cancer, high blood pressure, thinning of the skin, other forms of cancer, kidney and liver failure.

The risks associated with skin bleaching inspired Minnesota public health advocate, Amira Adawe, who has made it her personal mission to seek out shops selling skin-bleaching creams and report their activities.

The Somali anti-skin bleaching crusader is a manager for the Children’s Cabinet of Minnesota Gov. Mark Dayton and host of a weekly radio show dubbed “Beauty-Wellness Talk.” She discusses the issues that prompt women to alter their skin including colourism, self-esteem, social media and self-hate.

In Africa, skin-bleaching products have been outlawed in countries such as Ghana, Togo, South Africa, Mali and Cote d’Ivoire. But the laws are not being implemented. There is still a high demand for skin bleaching products which have now been re-branded as “toning,” “dark spot correction” and “lightening” creams.