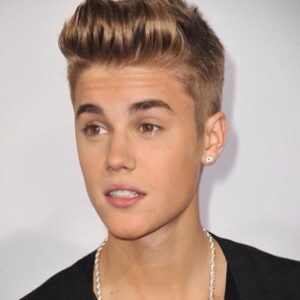 Looks like Bieber did it again.
Footage has turned up of a 15-year old Justin Bieber using the N-word. The 24 second clip shows the singer changing the words to his 2009 song, “One Less Lonely Girl”, to “One Less Lonely N—-”. The Canadian crooner just apologized this past Sunday after a 2009 video emerged of him using the same racial slur repeatedly in a punchline to a joke about why black people are afraid of chain saws and uses the N-word in his answer to his question. Someone in the clip can be heard asking him not to say it.
According to media outlet TMZ, the footage was offered to them about four years ago. TMZ didn’t use the footage because at the time the singer was only 15 years old, and he also “immediately told his friends what he did was stupid”. The site reports that one African American person was present when he made the comments on camera and added that, “that really doesn’t matter much”.
A British pay site, according to TMZ, posted the footage of Bieber. Sources, according to TMZ say that Bieber is “frustrated and sad” and wants to address the issue publicly, which the singer released an apology to his fans from a Mexican resort that he is currently vacationing at the moment.
Some have responded to the footage being released, including Killer Mike, who laughed at a comment made about Bieber on Twitter. Amanda Seales, who goes by Amanda Diva on the popular social networking site also commented saying, “GET HIM OUTTA HERE”. Lord Jamar also posted the clip of Bieber’s comments on his Twitter timeline.
The baby star claims that his mentors, singer Usher and actor Will Smith reprimanded him following the incident. The Yeah! hit maker even showed him a number of historical films to teach him about the seriousness of race hate.
“Unfortunately this is the devastating reality of how Justin has behaved and reveals his attitude toward such a deeply emotive subject”. People need to see this. Normal kids in society do not make these kind of jokes. He is protected by a network of staff, but the camera doesn’t lie. This is the real Justin”, a source tells the British tabloid, The Sun.
Source:The Source