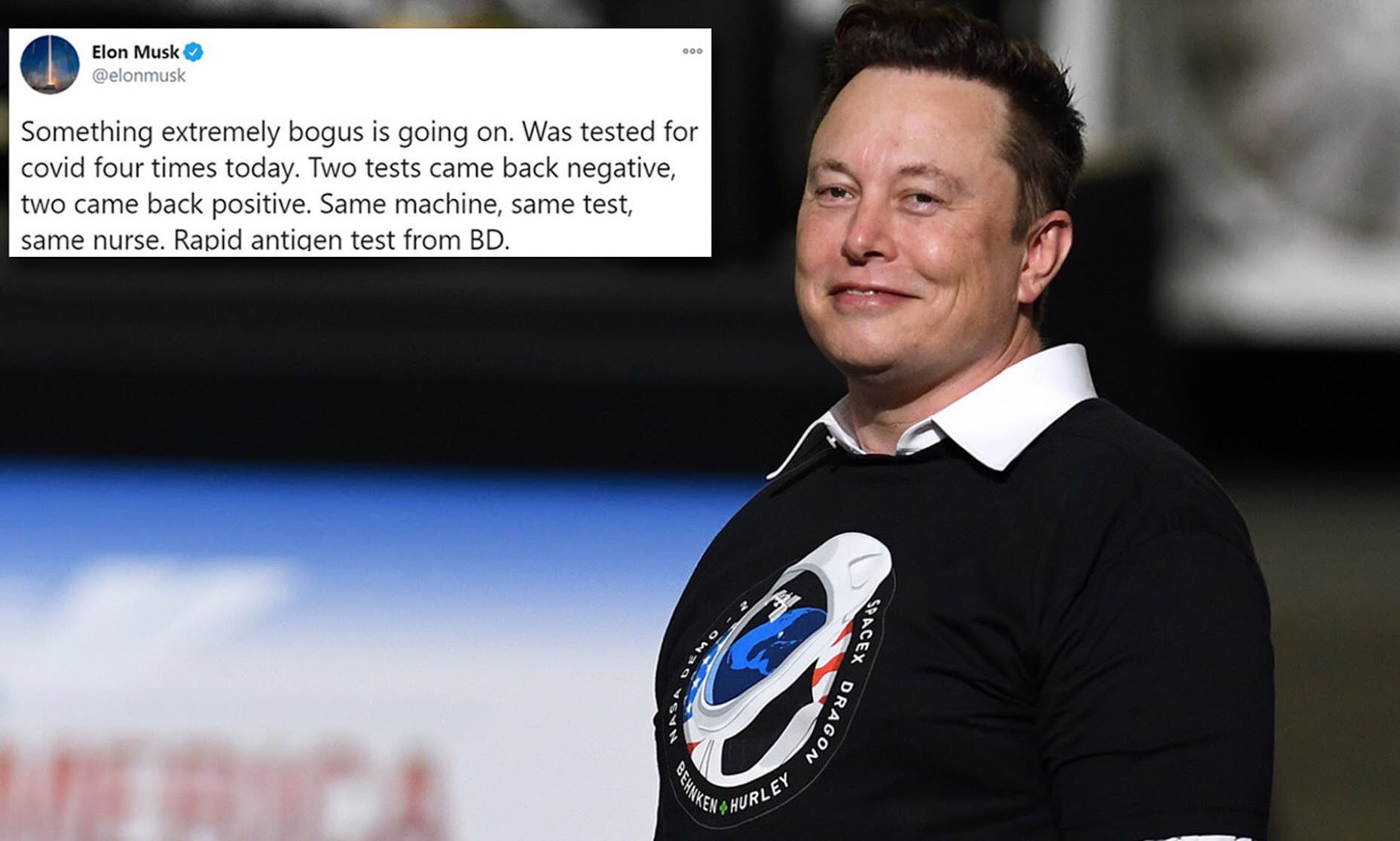 Elon Musk has said he tested both positive and negative twice for COVID-19 as he declared ‘something extremely bogus’ is happening.

The Tesla boss, who has previously described lockdown measures as ‘fascist’, tweeted late Thursday to reveal he had conflicting test results that day.

Although it is not clear which BD RAT test Musk took, the FDA says of BD’s ‘Veritor’ 15-minute nasal swab system that any negative test should be verified by molecular testing – for example a polymerase chain reaction (PCR) test.

The 15-minute, FDA-approved test works by taking a nasal swab from a patient.

The cotton swab is then put into a tube and as it is withdrawn the sides of the tube are squeezed so that the liquid from the swab is caught inside.

A cap is placed on the tube and the sample is mixed thoroughly, either by swirling or flicking the tube.

The contents of the tube are then dripped onto a stick-like device which has a small sample well at one end.

That stick is then left for 15 minutes before it is placed inside the BD Veritor Plus Analyzer machine.

The machine then produces the result on a display.

Their documentation for the BD test warns that even a positive result ‘indicates the presence of viral antigens, but clinical correlation with patient history and other diagnostic information is necessary to determine infection status.’

As regards a negative result, it says: ‘Negative results are presumptive. Negative test results do not preclude infection and should not be used as the sole basis for treatment … It is recommended that these results be confirmed by a molecular testing method.’

BD, which is one of the major suppliers of COVID-19 antigen tests, said in September it was investigating reports from US nursing homes that its rapid coronavirus testing equipment was producing false-positive results.

Earlier this month, the FDA said it was alerting clinical laboratory staff and healthcare providers that false positive results can occur with COVID-19 antigen tests.

‘Could this be why we’ve been seeing such a major spike?’ one person wrote.

‘Symptoms of a typical cold. Nothing unusual so far,’ he replied to another about his condition.

Musk then seemed to take a swipe at companies developing the tests, responding ‘exactly’ to someone who wrote that the ‘revenues from tests are likely not bogus & very consistent.’

In a follow-up tweet Musk then added: ‘The carousel turns ever faster.’

Musk has repeatedly downplayed the extent of the virus which has so far killed more than 242,000 Americans. 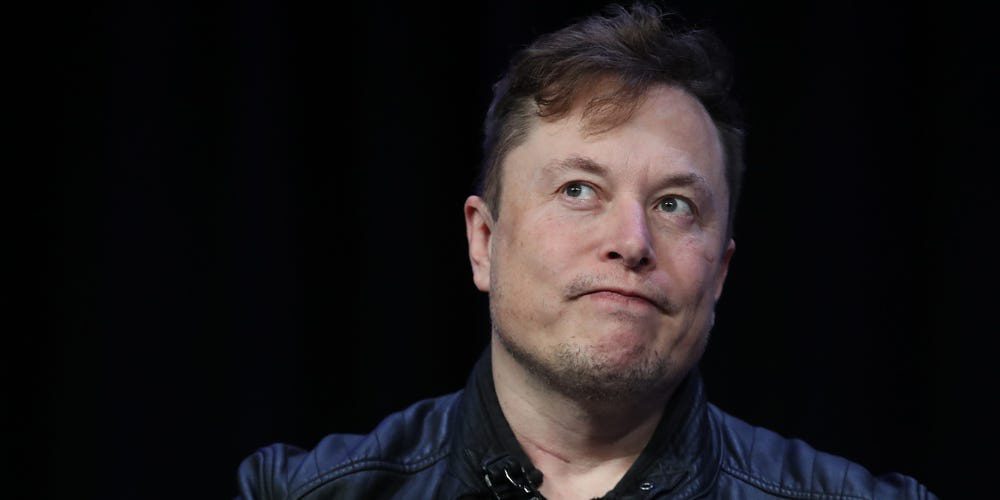 Back in March, he fired off a tweet dismissing rising fears over the coronavirus outbreak as ‘dumb’ as cases continued to mount across the US.

He then incorrectly told his 39 million followers that children were ‘essentially immune’ to the virus and blasted the nationwide lockdowns as ‘de facto house arrest.’

Musk then appeared to have a change of heart, however, when he delivered over 1,000 ventilators to a California hospital and vowed to reopen Tesla’s New York factory as soon as possible to help make and distribute ventilators to the embattled state.

But in September, Musk then doubled down on his claims that COVID-19 doesn’t pose a risk to children and said he wouldn’t take a vaccine when it became available.

‘I’m not at risk for Covid, nor are my kids,’ he said in an interview on New York Times podcast ‘Sway.’

His most recent comments come as experts have repeatedly raised concerns about the accuracy of rapid tests.

Rapid antigen tests are much cheaper and faster than the alternative nucleic acid tests and promise results in just 15 minutes.

However the nucleic acid tests, also known as RT-PCR tests, are considered the gold standard of COVID-19 testing.

They diagnose patients by detecting RNA, or viral genetic material.

Antigen tests look for viral proteins and are considered to be far less accurate.

In October, Nevada health officials ordered nursing homes to stop using two rapid antigen tests after nearly two-thirds of the tests were false-positive, or people were mistakenly told they were infected with the virus.

The tests were the Quidel Sofia II and the Becton Dickinson (BD) Veritor Plus, the latter being the company behind the tests Musk said he used.

A similar test from AbC-19 was also found to only be 81.7 per cent accurate at diagnosing a positive result, according to a study this month in the British Medical Journal.