How Pop Stars Make Money Now That Music Sales Are Down

The death of the pop music industry has been predicted for years – and certainly since Apple launched a whizzy device called an iPod back in 2001. The rise of free or pirated music online and the declining sales of CDs has at the same time been wielded as a cautionary tale about the power of the internet. Still, this week’s comments by Lily Allen may finally confirm that any aspiring rock guitarists or pop singers might as well pack away their dreams and find a proper job.
“Everyone assumes I made millions from the John Lewis ad. I probably made $13,500,” said the singer, whose cover of Keane’s Somewhere Only We Know made it to Number One last year. It was played incessantly on the radio, and – of course – the television, as the soundtrack to John Lewis’s Christmas advert, featuring an animated love story between a bear and a hare.
Allen, who took a four-year break to bring up her children, has claimed that pop stars now make most of their money from turning up to awards ceremonies and product events. “There are the snobby launches of a new water at Claridge’s. Pointless stuff. And we all turn up because we get paid to be there,” she told Beat magazine.
How much do they pay? “Depends. From $4,200 to $170,000? Now that people don’t buy music, we have to find other revenues. It’s not something I’ve really been offered. But I might,” she said. “I didn’t know how bad the music industry had got in those four years I was out.”
Perhaps she should have taken a look at last year’s charts: not the music charts, but those tracking sales across the entire entertainment industry – albums, films and video-games – put together by the Entertainment Retailers Association. These reveal that the top-selling product in 2013 was the video-game Grand Theft Auto V, which sold 3.67 million copies, followed by the DVD of Skyfall, the James Bond film, which sold 2.96 million copies. 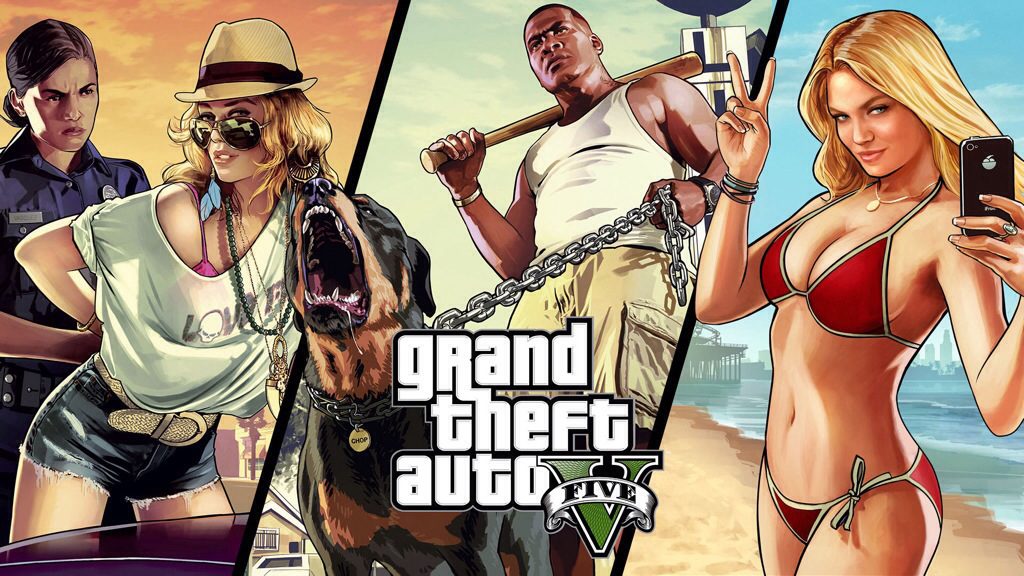 You would need to go down to ninth place before you hit anything melodic – and that would be Now That’s What I Call Music! 86, which scraped just over one million units. The only other music in the Top 20, in physical or electronic format, is Now That’s What I Call Music! 85.
Only a decade ago – the days when Dido, Coldplay and James Blunt were hit machines – it was not uncommon for an album to sell more than three million copies.
You might think that the rise of digital music would compensate for the dire fall in sales of physical CDs, but this isn’t the case. Last year, the sales of all types of albums and singles totaled $1.77 billion in the UK, down 0.5 per cent on the year before and down 7 per cent over three years.
None other than pop’s biggest female star, Beyoncé, complained on her latest album, singing: “Soul not for sale / Probably won’t make no money off this / Oh well.” Queen Bey even makes the credibility-stretching claim that she is going to have to work “nine to five to stay alive”.
The problem is that people just do not buy music in the quantity that they used to. They either pick and choose the odd single, or they stream music on services such as Spotify or YouTube, often free of charge.
But this does not mean that musicians will be forced to become buskers. Indeed, Allen’s candid assessment hints at how some musicians still make a comfortable living, despite falling sales.
Touring has long been the most lucrative way of making money for the big stadium acts, such as the Rolling Stones and Elton John. Now the global recession is over, ticket prices are on the up and new acts, such as One Direction, are cashing in.
All of these events are an opportunity to sell merchandise and push the brand. The days of a Rolling Stone baseball cap are over. Taylor Swift has three different perfumes to her name; Rita Ora, who has recorded just one album, has polka dot shorts, necklaces and an entire range of Rimmel London nail varnish in her stable of merchandise. 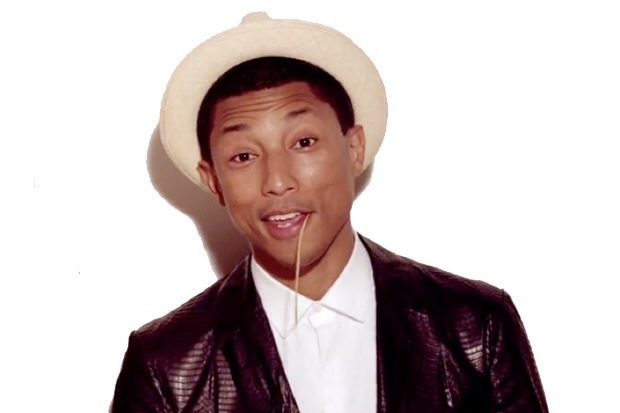 As one music agent says: “For a lot of these pop acts, the music is just another piece in their product range.” And no area is off limits. Pharrell Williams and Daft Punk not only spawned 2013’s biggest single, Get Lucky, but also a brand of Get Lucky condoms.
According to PRS for Music, the industry association that helps collect royalty payments, British writers and artists earned $1.09 billion from royalties. But on top of that, they earned $178 million in 2012 from “ancillary brand revenues”. This jargon includes sponsorship of a venue, concert or tour, with the artists taking a cut. Indeed, Rihanna’s latest tour was technically known as the Budweiser Rihanna 777 Tour (the crowd reportedly failed to respond to Rihanna’s call for them to chant “Budweiser and River Island” in support of her associated brands).
Artists’ “ancillary” earnings also include the endorsements they clock up, such as producer Mark Ronson and singer Katy B lending their cool to a corporate brand like Coca‑Cola. For that, they will usually be compensated for both the use of their music and of their image. The deals add up: from Lana Del Rey fronting adverts for H&M, to the likes of Jessie J who has got into bed with VitaminWater. (And this from the girl who sang “It’s not about the money, money, money”.)
PRS does not, however, track the pay cheques about which stars are possibly the most opaque: personal appearances. It is no secret that pop stars can cash in when they are invited to perform at the birthday party of some Russian oligarch or Saudi princess – Lakshmi Mittal paid Kylie Minogue an estimated £315,000 to sing for half an hour at the wedding of his daughter. Jay‑Z and Beyoncé each charge £1 million a night. 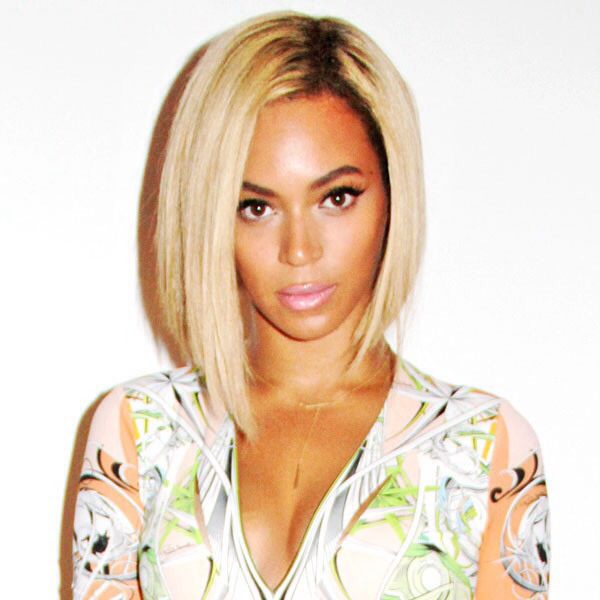 What is more surprising is when celebrities are paid just to turn up: not to sing or present an award, but just to be seen at the launch of a product or the opening of a new nightclub, as Lily Allen spelled out.
Yusef Mohamed, director of Big Bang, one of the many agencies that specialize in placing celebrities at events, says: “Many of these celebrities are very busy. Turning up to these things can take a lot of the artist’s time – they are not going to go to them unless someone is paying them.”
And how they pay. The fees start at about $3,400 for the most Z-list of celebrities, all the way up to $340,000 or more for a proper star. Mark Borkowski, the PR man who represents celebrities as well as brands, notes: “This has been going on for some time, particularly in the luxury fashion world, where budgets are high.”
Sometimes, of course, tempers fray. The designer Nicole Farhi caused ructions two years ago when she said she was fed up with stars demanding to be paid to sit in the front row of fashion shows and refused to pay. An A-lister such as Rihanna, it is understood, charges $102,000 to be at a show.
Allen herself back in 2007 was open about how the fashion industry bent over backwards to butter up music stars, claiming that after an Yves Saint Laurent show she was taken to the flagship store and told to help herself, before emerging with $8,500 worth of dresses, handbags and accessories.
These personal appearances have to be managed with caution, however. “You have to be very, very careful,” Borkowski says. “If you become a hired hand, and are seen at the shaking of every stick, your ubiquity will destroy your credibility.”
And rivals for the work will be snapping at your heels. The celebrity market is becoming “saturated”, Mohamed warns, thanks to the sheer number of talent and reality shows, which have created an army of people looking to cash in on their fame.
For some, the old ways still remain the best. One music agent says: “I get these offers coming in quite often – and they are fine for a pop act, who have only a few years to milk it for all it is worth.
“But for a proper music star, you can forget it. Their fans would never forgive them.”
Source: business insider