Israel batters Syria as Turkey masses tanks on the border

Jets pounded targets with 22 missile sorties on positions used by Iran and Hezbollah, Syrian state media reports. Several senior members of the Lebanon militant group were injured as they boarded a plane for Iran, according to Newsweek. The attack comes just days after Donald Trump vowed to pull all US forces out of Syria

Israel’s government has vowed to continue its fight against Iran and Hezbollah in the war-torn country despite the US president’s plan.

During the Israeli airstrikes, three soldiers were wounded when an arms dump exploded.

Pro-Iranian government positions and military headquarters were also targeted, according to the Jerusalem Post.

The Syrian government claimed most incoming missiles were brought down by its defences as Russia claimed Israel’s missile strikes had threatened two civilian flights. 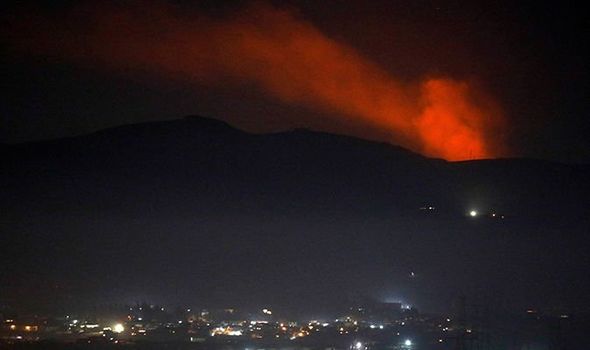 [Israel would] continue to act against Iran’s attempts to entrench itself militarily in Syria.

The Israeli military declined to comment on the reported missile strikes, but afterwards Turkey began massing tanks on the Syrian border amid fears the conflict could escalate

At a graduation ceremony for new pilots at an Israeli air force base on Wednesday, Prime Minister Benjamin Netanyahu made no direct reference to specific attacks or Moscow’s criticism.

But he reiterated Israel’s intention to prevent “Iranian military entrenchment, which is directed against us” in Syria.

Netanyahu said: “We will act against it, vigorously and continuously, including during the current period.” 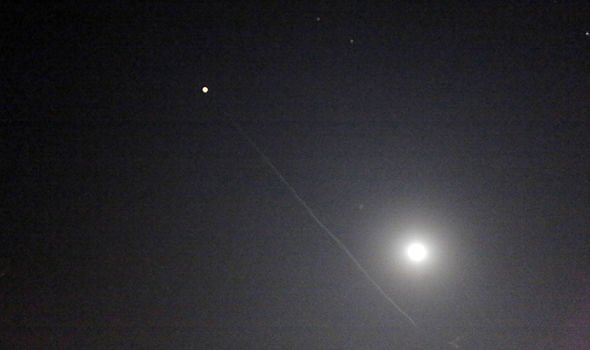 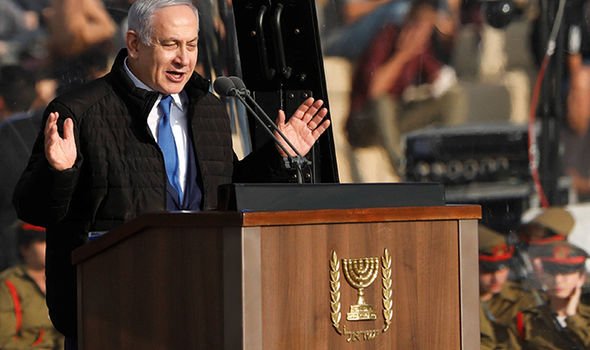 There are fears Mr Trump’s decision to haul 2,000 US troops from the war-torn country will embolden Iran and Hezbollah, which back the Syrian regime.

Israel is concerned Iran and Hezbollah could entrench themselves in Syria and threaten the country.

Prime Minister Benjamin Netanyahu is adamant Israel would “continue to act against Iran’s attempts to entrench itself militarily in Syria.

“And to the extent necessary, we will even expand our actions there.”