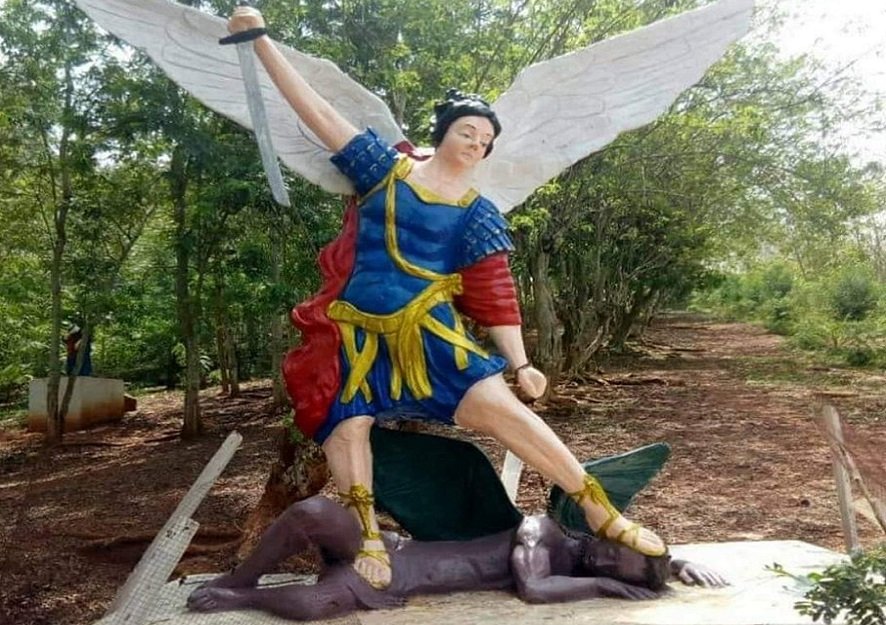 A Catholic Church in Ghana has raised eyebrows for commissioning a statue described as racist for depicting a Caucasian angel subduing a dark-skinned devil lying under its feet.

The  reported to have been erected at the Tepa Roman Catholic Grotto in Manfo in the Brong Ahafo Region of Ghana, has been trending on social media since its photo was posted on Facebook on Monday. 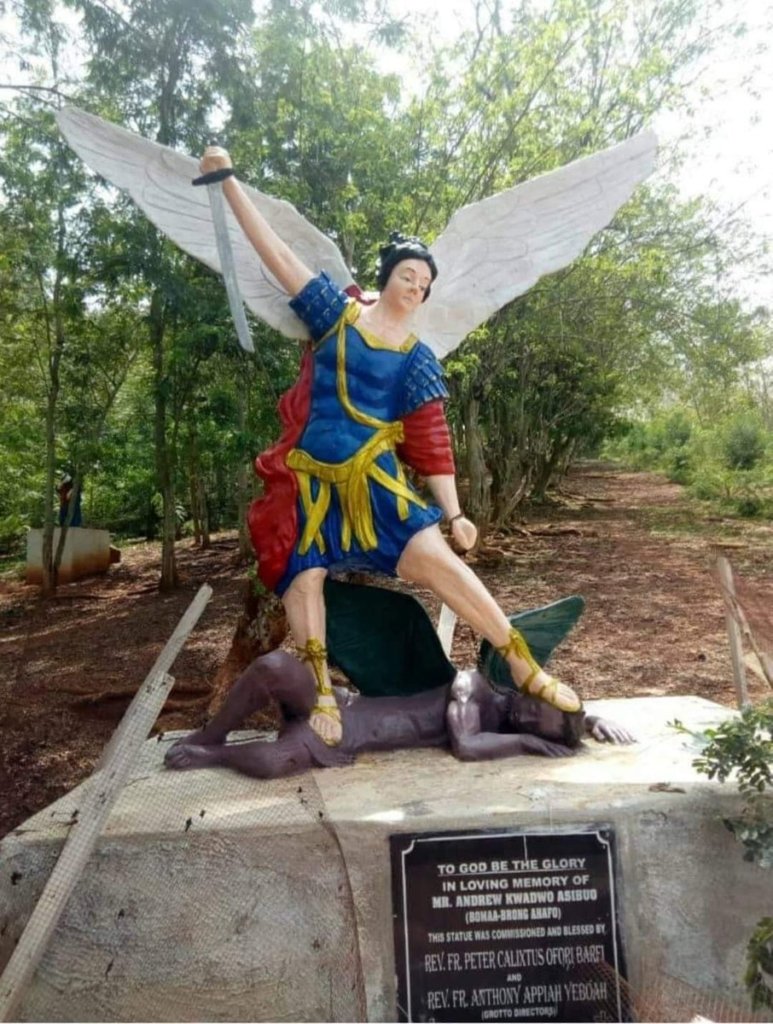 The statue has been criticised for portraying and projecting the racist white supremacist ideology which was forced onto Africans when European explorers and missionaries established first contact in the early 15th century.

The caucasian angel with white wings and straight hair is also depicted having dressed like a Roman soldier and holding a sword while the dark-skinned devil is also depicted with nappy hair as it lays down defeated.

“This is soo disgusting n annoying. I just saw this at tepa manfo Roman Catholic grotto. Where did we go wrong as black pll. Satan is black n the angel is white. Mental slavery [sic],” posted Yaw Amoffaya Amofah Antwi who first shared the photo on Facebook.

“We cannot be disrespected in our own land. The Catholic church Ghana( Tepa grotto) must do the needful. It’s so shameful n insulting. Black isn’t curse. Black is golden [sic],” Amofah Antwi added.

His posts received dozens of comments sharing equal sentiments and questioning why the Catholic Church will endorse such a statue in the 21st century when the days of slavery and imperialism is over.

The Catholic Church is yet to react to the calls of the public to remove the racist statue.

A similar phenomenon occurred in the Democratic Republic of Congo where football fans spotted a bearded white man at the stadium on Sunday whom they called “Jesus”, referring to Jesus Christ of Nazareth in the Bible.

The fans swarmed around the “white Jesus” as they walk the streets outside the stadium singing: “YEZU AZALI AWA NA BISO”, meaning “Jesus is here with us” in the Lingala language widely spoken in the Central Africa region.

This is one of many instances where Africans have been spotted hailing white people they believe could be the Jesus Christ of Nazareth seen in movies – the typical white narrative of Christ handed down by the colonial masters to African captives from the 1500s.

Here are some more reactions on social media to the racist statue erected in Ghana.