The History of The Peckham Boys Gang 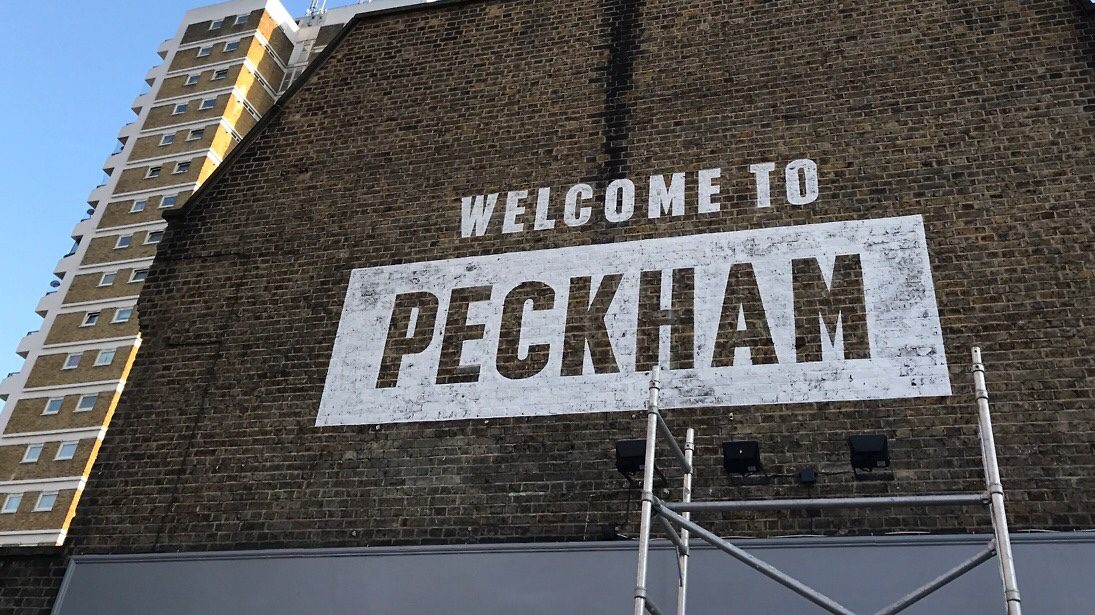 The Peckham Boys, also referred to as PYG (Pecknarm Young Gunnaz), are a gang based on the North Peckham Estateand Bells Garden Estate in Peckham, South London.[1] Its members are primarily Black British.

The gang is composed of several affiliated sets, according to age group. The sets, more commonly known by their acronyms, are SN1 (Spare No 1, a corruption of the word no-one), PYG(Pecknarm Young Gunnerz), SI (Shoot Instant), BGR (Black Gang Ryderz) and PK (Pecknarm Killaz).

Formerly, the sets of the gang were known simply as the ‘Peckham Boys’ and the ‘Younger Peckham Boys’. The gang is also known as ‘Black Gang’, due to its association with the colour black.

The North Peckham estate in the last decade was revamped from run down high rise flats and maisonettes and replaced with 2,000 new homes, a sports and leisure centre and an award winning library at a cost of £290 million. Despite this cost and physical rebuilding the gangs and violence still remain.

Whilst much gang violence is perpetrated amongst and between gang members a number of innocents have been caught up with two of the most well known incidents attributed to the Peckham Boys being that of Damilola Taylor and Michael Dosunmu.

In 2000 the Peckham Boys weren’t anything knew, to the residents of south London they had been staple in the community for over a decade although unbeknown to those outside of London. A series of events relating to the Peckham Boys became more reported in the media and by the end of 2000 the whole of Britain knew of the Peckham Boys.

In the summer of 2000 an 18 year old girl was shot outside a nightclub on the frontline whilst an African restaurant used by older Peckham Boys was raided by police who recovered a .357 handgun, stun gun, CS gas and cannabis. A few weeks later a Young Peckham Boy, aged 12, appeared in court after being found in possession of heroin, crack and £400. A gun battle outside Chicago’s nightclub on the frontline sees eight people wounded. Then in November, just 9 days before the murder of Damilola Taylor, 17 year old Shola Agora of Sceaux Gardens was stabbed and died at Kings College Hospital.

In late 2000, Damilola Taylor, 10, bled to death in a stairwell on the North Peckham Estate, after being stabbed in the leg on his way home from an after school club. The accused in the pro-longed cases were he infamous Preddie Brothers often linked by the media to the Peckham Boys gang although were seen to part of a lesser gang the young Untouchables. The Preddie brothers (then 12 and 13) were responsible for a reign of terror in the Peckham community including a sexual attack on a 12 year old girl prior to Damilola’s death. It wasn’t until 6 years later when they were found guilty and convicted of manslaughter.

Former gang member Eric Akinniranye was chased along Camberwell High Street and gunned down. He had recently been released on temporary licence from prison where he was serving 10 years for drugs and firearms offences. Two gunmen in a Mercedes rammed him from a motorcycle before chasing him bringing him down with a number of shots. The murder took place in broad daylight in full view of two buses and a crowded street of onlookers.

In a more humorous tale in 2004 Peckham Boys and Ghetto Boys clashed outside the Urban Music Awards at the Barbican where shots were exchanged when a stray went toward innocent by-stander Helen Kelly. Bizarrely the underwire of her bra deflected the bullet away from her chest and into her right breast. There were 18 shots fired as people left the awards ceremony; Linton Ambursley from Lewisham was jailed for 12 years after admitting wounding with intent.

In 2006, the Peckham Boys were involved in a widely reported gang-war against the Ghetto Boys street gang based at the Pepys Estate and Woodpecker Estate in Deptford and New Crossrespectively, South London. In the conflict, one innocent man was shot dead in New Cross, mistaken as a Ghetto Boys member by the Peckham Boys. He was shot at by a group of approximately 50 youths on mountain bikes, who cycled from Peckham to Deptford.[2] A 16-year-old boy was stabbed opposite a bookmakers in New Cross. Another 16-year-old was charged with attempted murder.

Shortly after the murder, another man was shot and stabbed in Deptford by the same group, but survived. Several members of the Ghetto Boys shot at youths in Peckham several days earlier. During the conflict, police seized handguns and sub-machine guns.[3]

In September 2007, a leader of the Peckham Boys was jailed after being found in possession of a Mac 10 sub-machine gun, three handguns, two silencers, 379 rounds of ammunition, 60,000 fake ecstacy pills and thousands of pounds worth of cocaine.[4]

Another boy locally from peckham and two others boys from newham (Custom House and Stratford) were also arrested and jailed for possession of two sawn-off shotguns and a snubnose semi-automatic shotgun, they were all sentenced to mininum 7 years

In late 2007 it was another innocent by-stander caught up in a what was a believed gun fight between rival Peckham and Ghetto gang members, although others have suggested intra rather than inter gang violence in the case. Polish nurse Magda Pniewska, 26, was hit in the head by a stray bullet as two teenage gunmen fired at one another in New Cross. “A guy came down the stairs with a bandana covering his face but you could see his eyes change like he thought he was being set up. He pulled out a gun and fired two or three shots at the car. A guy in the car shot back using the bonnet for cover”.

In September 2008, police conducted dawn raids on suspected members of the Peckham Boys gang. It is believed that the group conducted 120 robberies in what police have called a “prolific” criminal enterprise. The gang are believed to have used knives, machetes, crowbars ,Guns and screwdrivers, sometimes up to 18 inches in length, to ensure they got away with the money. of[5]

A gang fight has left a 13-year-old boy in a serious condition after being stabbed repeatedly. Police said the teenager was injured outside a fried chicken takeaway in Foxley Road, Camberwell. The victim was stabbed five times in the torso during the fight which took place shortly after 10pm last night. The trouble reportedly flared between two rival gangs from Peckham and Brixton

A fight broke out in niketown beteween gang members from Peckham and Hackney during the altercation two members of the Peckham gang were stabbed and a girl was slashed, securityrefused to break up the fight as they could see that knives were visible.A gang member from Somerford Grove was blamed for it on social networking site such as facebook and myspace Police say this could be the start of a deadly rivalry as Hackney and Southwark are both probably the most dangerous areas for gang violence in the UK.